This will be one of the new pieces offered through Gallery in the Woods this March. Come by and see it in person on Main St. Brattleboro, VT.
Posted by Alicia Blaze Hunsicker at 3:48 PM 1 comment:

Hot off the Easel! : Moments of Creation 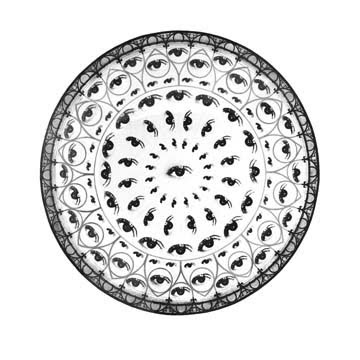 In Conjunction with the Gallery in the Woods Women’s Exhibit, Brattleboro hosts
its 20th Womens Film Festival

View amazing films and be moved
by original visual art.

At Gallery in the Woods,
Main St. , VT

Alicia Hunsicker invites you to view her work along side work from powerful women artists from around the world. She presents her mixed media, “Inherent Divinity” series. Using universal symbols as a visual language ; a Mapping of Self, with the intention to interact with viewers through multiple levels of meaning. Ultimately, Hunsicker’s work evokes spirituality and mystery.

Posted by Alicia Blaze Hunsicker at 10:15 AM No comments:

James Esber, This is Not a Portrait @ The Aldrich Contemporary Art Museum 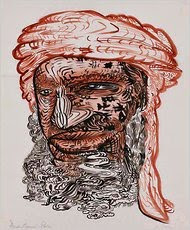 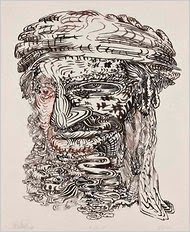 Great news today! I am excited to announce that I have been selected to produce a drawing for the

James Esber,
This is Not a Portrait Exhibition.

In conjunction with Artspace: New Haven the drawings will be shown at The Aldrich Museum of Contemporary Art, in Ridgefield, CT.


For the last several years, Esber has been collaborating with broad, diverse audiences to generate depictions of public figures, most notably Osama Bin Laden. The resulting ink and brush drawings are similar in that all the heads are exactly the same size and all contain the same number of lines.

Here is a link to a NY Times review of the on-going project. 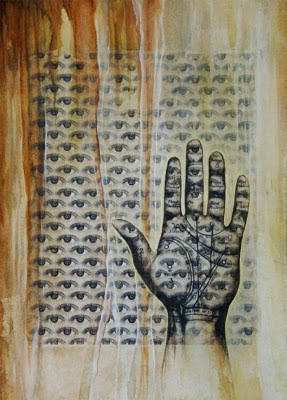 I have been working diligently in the Studio on the next few mixed media works in my Inherent Divinity Series. They will be showing soon at The Gallery in the Wood's Woman's Show. The opening is during the Brattleboro Gallery Walk on Friday, March 4th from 5:30 to 8:30 pm.

Here is a snippet from my artist statement about the work........

In my work I attempt to create a multi layered symbolic language pulled from the richness of my life experience. I want to confront the viewer and provoke thought. There are multiple meanings a symbol has depending on the viewer. I think of them as cultural-context-based as well as experiential with a personal history attached that precedes the viewer’s interpretation.

In the current mixed media work, based on the concept of Inherent Divinity, I transform the eye and hand into symbols that represent the Divine and the power of that force to be manifested into form through us. This series is more than just an exploration of the divine spark in us all, and the creative process, it is also about the mapping of self.

The common nature of these symbols guarantees that the audience will have multiple perspectives on what is being communicated. This is the human experience of perception which is in reality the essence of what I am exploring here. To punctuate my current topic of Inherent Divinity I also incorporate undercurrents of spirituality, sacred geometry, and mystery.